After we adopted our first cat, Em, we assumed we would stay a single-cat family. After all, Em had been classified by the animal shelter as a loner cat: she did not get along with other cats. But she changed when she started to trust us. Or rather: when she started to trust me, because she was already devoted to my guy. She enjoyed her life with us, but I felt like she was, well: lonely. We took a chance and decided to find her a friend.

Em was still a reserved and shy cat, but with an iron core of strength. She did not cuddle with human visitors, but did not mind small dogs too much. She was curious, but cautious. And she was, and still is, the most controlled and careful cat: she walks so stealthy and careful, not a more of dust moves when she passes. But she did not seem to know how cats behave. This can explain why she didn’t get along with cats in the shelter. She had no clue how to interact.

So my task was to find a cat that was gentle, but strong enough to take a beating; outgoing and social, but not too needy and clingy; a real cat, but also one that would be ‘mine’ (I was not jealous of Em and my guy, but I did miss a cat to cuddle); Easy, right? I applied the same search as I had with Em. I scoured the animal shelter’s website, clicking on all the profiles, for weeks, months, until … 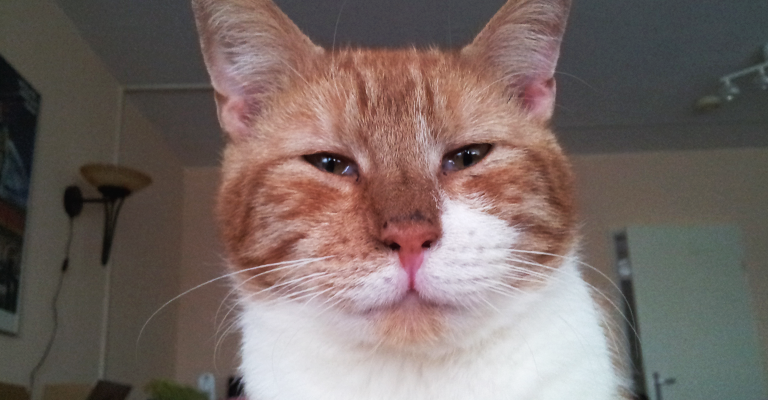 I saw him. A big, muscled ginger tomcat. A photographer had captured him pulling a silly face. He looked a little dumb, with his eyes half-closed and his mouth stretched in something that looked like a smile. But his background story was what drew me to him.

Red was rescued from a house where over 30 cats lived together. Most of them were related, because the owners had not had the resources to get their pets fixed. It can get out of hand quickly. The one thing that was positive about that was that Red was an extremely social cat! He understood what it was to be a cat. He had all the social graces Em knew nothing about. And he was gentle, I could tell from the pictures. And after living in close quarters with so many cats, Red would be better off in a home with fewer cats and less stress.

As with Em we went to the shelter to see if we’d click. And even after checking out all the other cats as well, I felt a bond with Red. So we brought him home with us. For three days we kept Red in a seperate room, so he would not be overwhelmed by all the new space. It also gave Em a chance to get used to his smell. And she was curious, and scared, and offended, and then curious again. We made sure she got just as much attention as always, so she would be comfortable with the change.

Red was scared, vocal and confused. He knew there was another cat, but she did not respond to him in a way he expected. Would Em ever respond to his invitations to play or cuddle? Or even stop hissing at him when he moved closer? She tolerated him, was genuinely curious in what he did, but she did not seem to want anything more than just watch him. They never fought or chased each other out the room. They were in the same room when they had dinner. They used the same litterbox. Em would sit with my guy, Red would sit with me when we were watching tv. Red would look longingly at Em, Em would ignore him. What would happen? 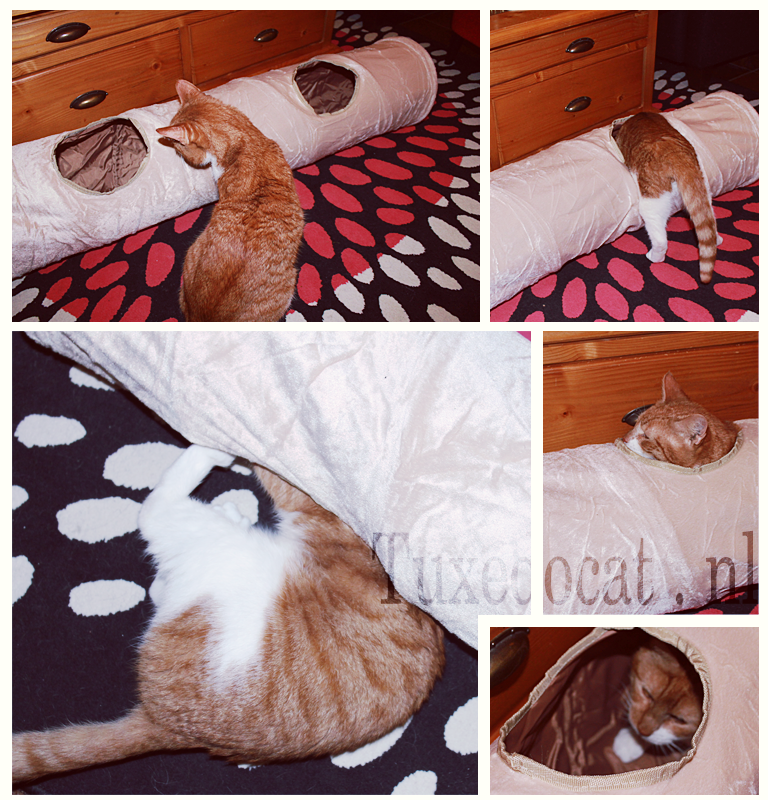 Image from www.tuxedocat.nl, my other site.

Looking forward to August. Especially since I alre

I found Easter! I am ready. Bring on the chocolate

We are home. #cats #catsofinstagram #kattenliefde