I was born in Amsterdam, the Netherlands. I still can get lost in the city centre, but I usually am able to find my favourite places. Amsterdam is not that big. You end up where you want to go if you circle around long enough. When you live in a city that is also a tourist attraction, you end up liking the places tourists rarely go to. So what are my favourite places in Amsterdam?

Technically, most of The Amsterdamse Bos is located in the neighbouring place Amstelveen. The name means Amsterdam Woods, though it is a park. It was part of an effort to provide work in the economic crisis of the 1920’s en 1930’s. The goal was to create an authentic woodland area, where people could enjoy nature. The park is not a neat landscaped park, but has some ‘wild’ bits of forest. You can walk, ride a bike or even ride your horse here. There are also plenty of picnic areas and places for kids to play and swim. And of course it is a favourite for dogwalkers. We love to take our chihuahua for a walk here. 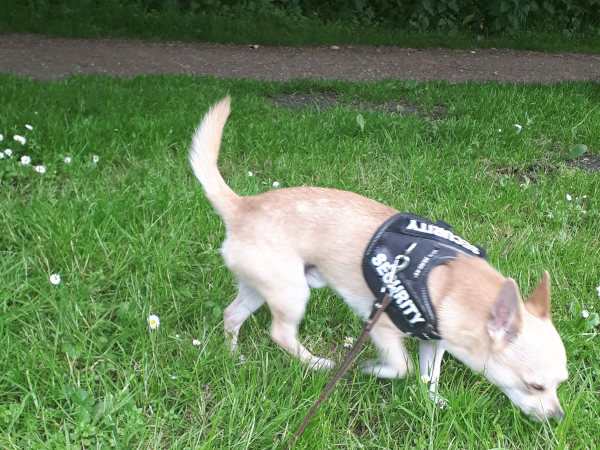 Just over the big water of the IJ you will find a modern building which houses the film museum. You can see films here as well, though it is very very different from Tuschinski. The rooms aren’t that much bigger, but the seats are oh so comfortable. The nice thing is that you can see films here that you usually would not see in regular cinema’s. The museum also has a large catalogue of older films and will also show restored versions of films. Visiting this museum will also draw you into what Amsterdammers usually consider a waste land: The North. It’s actually pretty nice.

The Flower Market is a long street next to a canal with  all sorts of flower stalls and plant sellers. It’s usually crowded with tourists, but who can blame them? You can buy the mandatory tulips from Amsterdam here. But you can also get great plants and flowers for your garden and home in Amsterdam. On the other side of the street are interesting little shops too. The Flower Market always makes me happy because of the vibrant colours of the flowers. Then I quickly get annoyed at the tourists not watching where they are going. 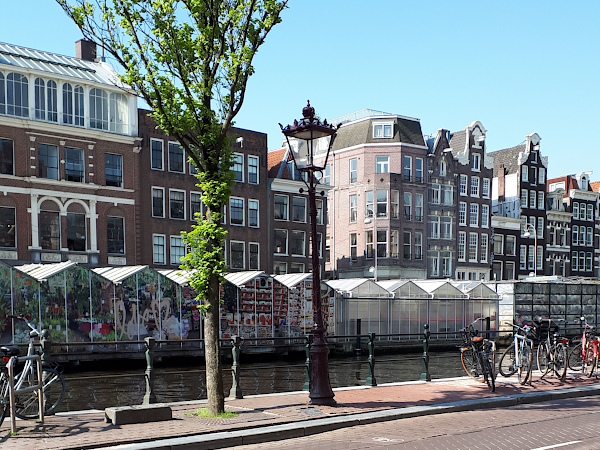 Another museum that is also one of my favourite place is the Amsterdam Museum. It’s in a series of old buildings, with some modern bits added on. The museum is not just a collection of paintings and artifacts dug up during the digging of metro tunnels. It is very interactive and also takes a look at the newer history of the city. That always reminds me that our today is someone else’s history and that we’re all watching history be born every day. As a kid my grandmother took me here and I remember I was very impressed by the weapons collection, especially the halberds. Yes. I was a strange girl. Then again, I also was impressed by the dollhouses in the Rijksmuseum, so I evened out.

Tuschinski is a very old cinema. It was built in 1921 and has retained its art deco style throughout the years. The cinema rooms are smallish and the screens aren’t big, or spectacular, but the interior is extraordinary. This was also the first cinema I even went to. My grandfather took me to see a Disney film here, when I was only 6 years old. Afterwards he treated us to a hamburger and some chips, which made it even more special. So even if I don’t go here on a regular basis, and certainly not to see big blockbuster films, it is ideal for smaller films that do well in a cozy setting. 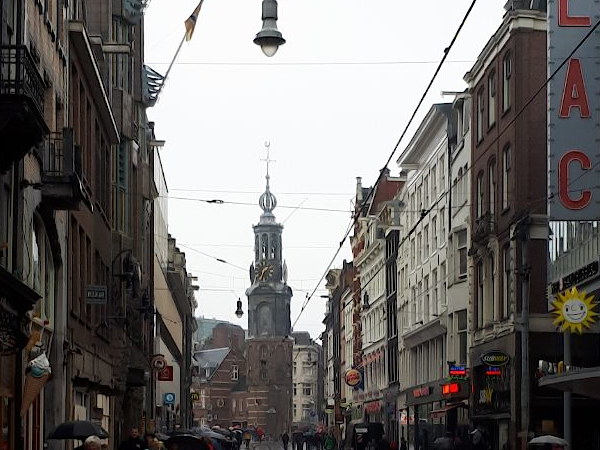 This park has seen a lot of remodeling, if I am not mistaken. When we lived in the Bijlmer it had just been re-done and everything look fresh, new and young. Trees were barely taller than me (I am very short) and it still felt bare and a little uninteresting. However, now that the park has had some time to grow up and had its name change, it is a great place to hang out. There is an outdoor gym (free), there are barbecue pits (at least: I hope they are still there) and lots of room for kids to play. In the summer this is the place where the Kwakoe Festival takes place. Originally a football festival, it has grown to include good food and drinks and lots of music.

Yeah. I’d rather not give away this tip for good food, because I would hate to see my favourite place to eat Indonesian food get swamped with tourists. So, don’t go here, because the food is just delicious and I want it all for myself. Alright then: Kantjil en de Tijger. Indonesian food is asian, but nothing like Indian food or Thai food. Of course there is some overlap, but the Indonesian food that caters to Dutch tastes is quite unique. It’s spicy, but also sweet and savoury, often at the same time. The Rijsttafel (rice table) demonstrated this perfectly, as it is a meal with lots of tapas-style mini-dishes that you’re meant to share. I don’t share the chicken satay (Saté Ajam). I would not share the spiced eggs (Sambal Goreng Telor), but I can’t hog everything on the table. You can also opt for a bowl of food or choose your own dishes for sharing. Leave room for dessert.

Finally: be aware of traffic in the city. There are plenty of trams that appear to drive slow, but are a lot faster than you think. If you hear a bell, jump out the way. That could be either a tram warning you, or a bicyclist. Because the city is quite small, there aren’t that many cars to be avoided. And this is also the reason there are plenty of bikes. It is easiest to travel in Amsterdam by bike.

If you have any tips or questions about Amsterdam, I’d love to hear.

Looking forward to August. Especially since I alre

I found Easter! I am ready. Bring on the chocolate

We are home. #cats #catsofinstagram #kattenliefde